The idea of traveling this beautiful country I call home always fascinates me. Recently, I got the opportunity to travel to Northern Uganda as part of the Tulambule campaign which was being promoted by House Of DJs, Uganda Tourism Board and Uganda Wildlife Authority (UWA). And boy oh boy, what a thrill it was!

The journey which was officially flagged off from the independence monument by Minister Kiwanda was filled with several influencers including Gaetano, Marcus Kwikiriza, , Fabiola and kickboxing champion Golola Moses.

One of the most exciting things with traveling with this crew was the random rib cracking jazz. I couldn’t go 10 minutes without hearing people laugh out .

First stop, Luweero market.
Guys, I never knew how much Golola is loved until I saw Luweero market vendors surround him and offer him some of the finest gonja (plantain) in the land and sizzling, succulent nyama choma. As I tried to take photos, I felt my salivary glands do a back flip, the meat scent was somehow calling my name (if you’re not a meat person, I’m sorry!). Before I could even think of stepping off the bus, there were free meat sticks and gonja being passed around; it was a real communal set up- who am I not indulge? I have said no to food before but I wasn’t about to let this one pass, the food at Luweero market is to die for!

Due to the interest of time, we had to drive straight to Murchison Falls National Park, reaching the northern park gates a few minutes before 6pm.

As we drove to Pakuba Safari Lodge which was our camping ground for the night, there they were, the beautiful and majestic African Elephants. These beautiful creatures were grazing so close to the road that I couldn’t help but stare at them for what felt like hours. Thank goodness, the driver stopped the bus to let us soak it in. This was the closest I have ever been to an elephant and I was nothing short of mesmerised.

As we continued our journey through the park, we met an overturned pick up truck and my imaginative mind went off about how it was a high-speed chase. The poachers’ car overturned and he decided to run towards the Elephants for cover since UWA can’t shoot at them. Yes, my mind surprises me sometimes 😂.

After getting lost in the vast park, we finally made it to Pakuba Safari Lodge at around 11pm where we had dinner. Their buffet has a variety of delicacies, so you may be spoilt for choice.

Stories are told of how the leopards like to come out in the night. Believe me you, I tried to pitch my tent in the middle of the campsite and when that failed, I was reassured of our safety. What was also interesting about this specific night was the fact that we had silent disco by the poolside. What an awesome way to unwind.

Wild animals are early risers, well, at least most of them are and if you want to get lost in their beauty you need to do an early morning drive through the park. We managed to see a Lioness and her four Cubs by the lakeside, Rothschild Giraffes, Buffaloes, Kobs, Waterbucks, Elephants Warthogs. I knew little about the Rothschild Giraffe so I was surprised when I found out that these elegant creatures can do speeds of up to 56km/hr. The sad bit though is, there are about 700 of these creatures remaining or less and they are considered an endangered species, according to UWA. 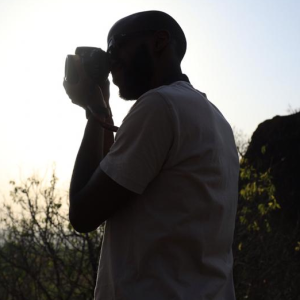 Skulls of the fallen warriors. They lived a long l

The wild is no joke. #KidepoNationalPark #TravelTuesday

Egypt growing forests in the middle of the desert using treated sewage water. Already the 494 acres Serapium Forest is booming. It plans to transform more large areas of desert into arable and economically viable areas. Sewage is good, eh?
http://almon.co/3eks

Nice write up. Made me feel part of the journey till luweero market after realizing golola is the celeb around. Good . Go ahead